Small landmark on the river bank The site is within 5 minutes walk from Kumamoto Station, and is facing beatiful Shirakawa River which runs through the city of Kumamoto. The regeneration of the area is led within the project of “Kumamoto Art Polis”, in which many Japanese architects are involved in this 25 years. For example, two entrances of Kumamoto Station were designed by Mitsuhiko Sato and Ryue Nishizawa in 2012, while the station building will be completed by Tadao Ando in 2016. The police station designed by Klein & Dytham in 2012 near station, and precedent art project by Kazuko Fujie on the Shirakawa Bridge in 1992, are also realized in this Art Polis project.

One of the reasons to use the cast iron for the tree-shaped unit is that we thought it will give charming presence of this small landmark, in the big urban context. We did not want it to be serious, but tried to be charming enough to welcome visitors from the station, and friendly enough to greet the residents who pass over the bridge. Another reason for the tree-shape is that we wanted to add softend and humanized atmosphere in the landscape of river area, which seemed us too over-sized and too engineeringly-designed. In Japanese regulation for the large river like Shirakawa, planting on the bank is not allowed for the risk of flooding control. Therefore, instead of giving up the planting of trees around the toilet, we integrated them into the group of toilet booths just like to pretend as if they are hiding in the woods. The units of the cast iron were designed and produced by the huge contribution of local factory and construction company, under the careful calculation of geometry. Calculation was done by the original program in Processing and Java which was powerful enough to visualize the complicated production system. As we now see this public toilet merged with the local landscape, the river, the adjoing art by Fujie, and the beautiful Shirakawa bridge, we believe the smallness never means the inferiority, and feel that it sometimes speaks more, than the bigness. Hiroshi OTA, Jan, 2013 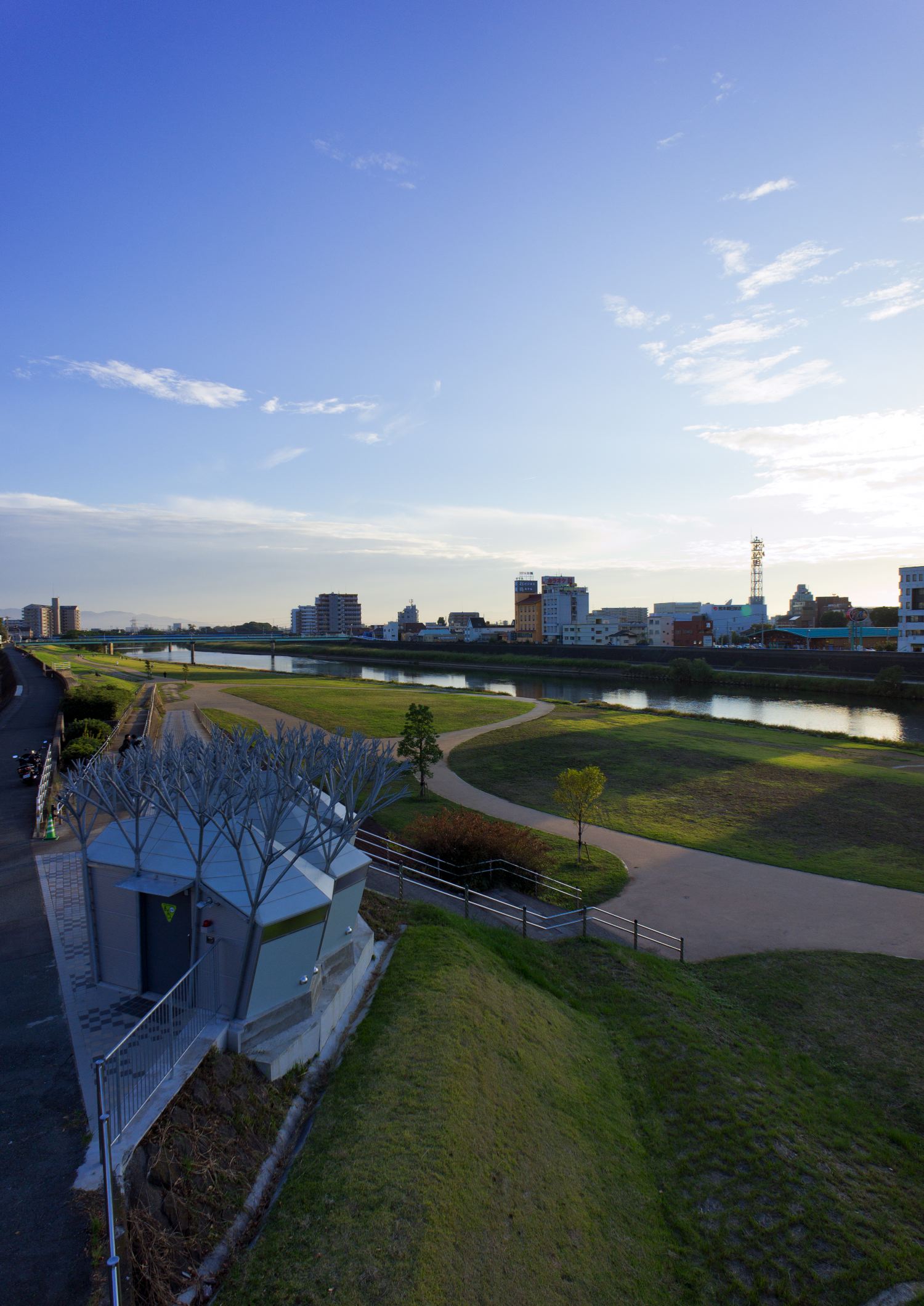 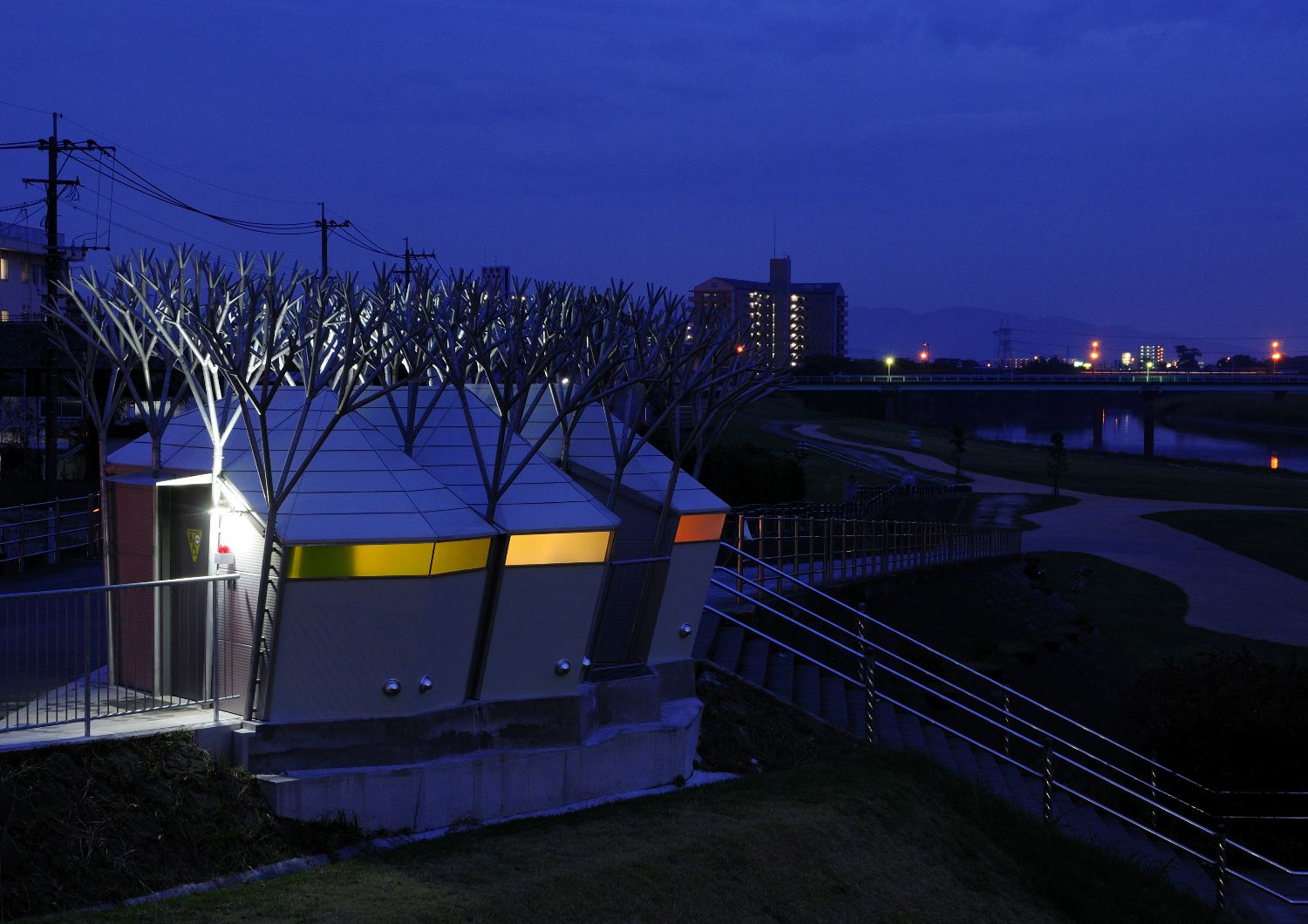 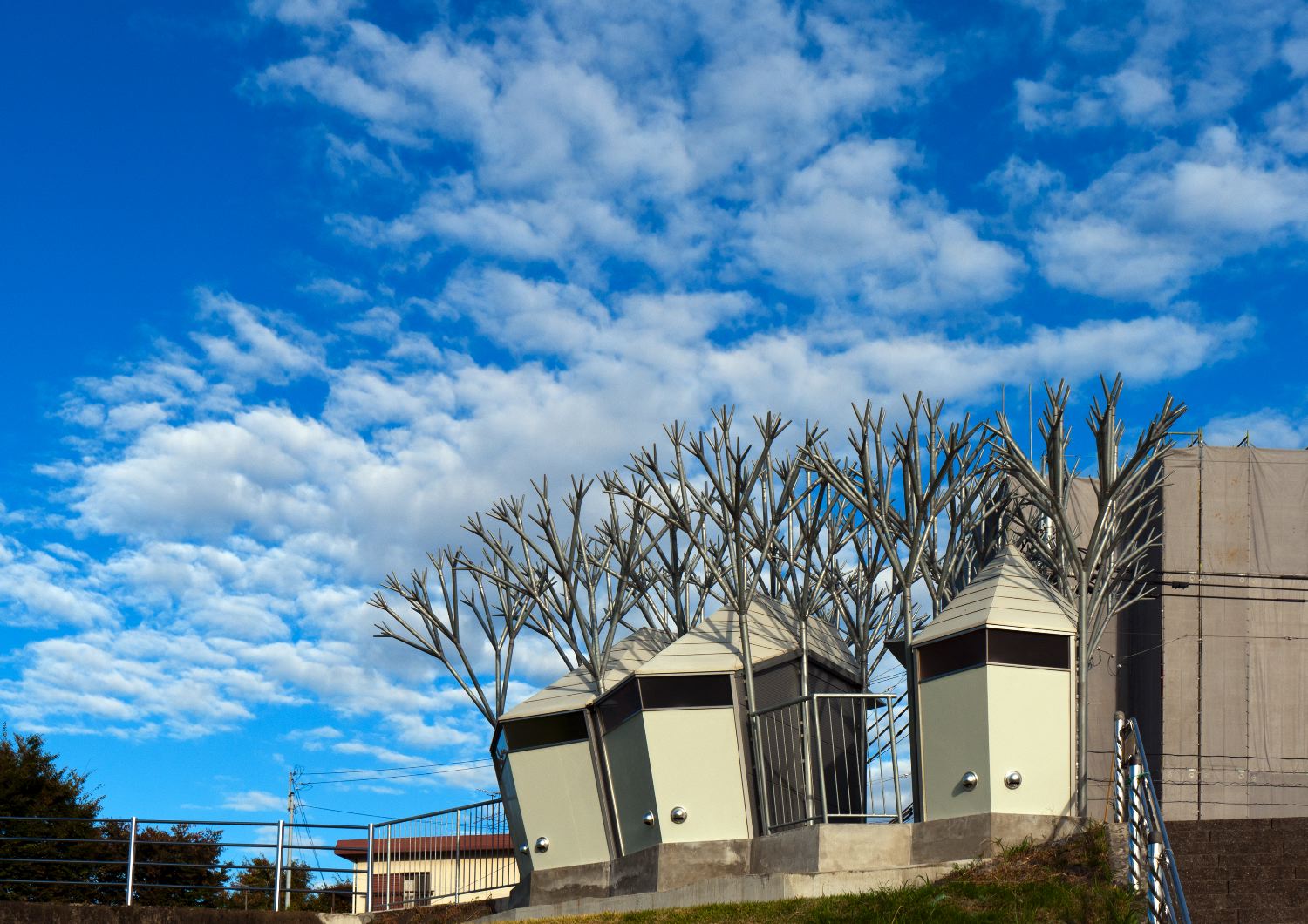 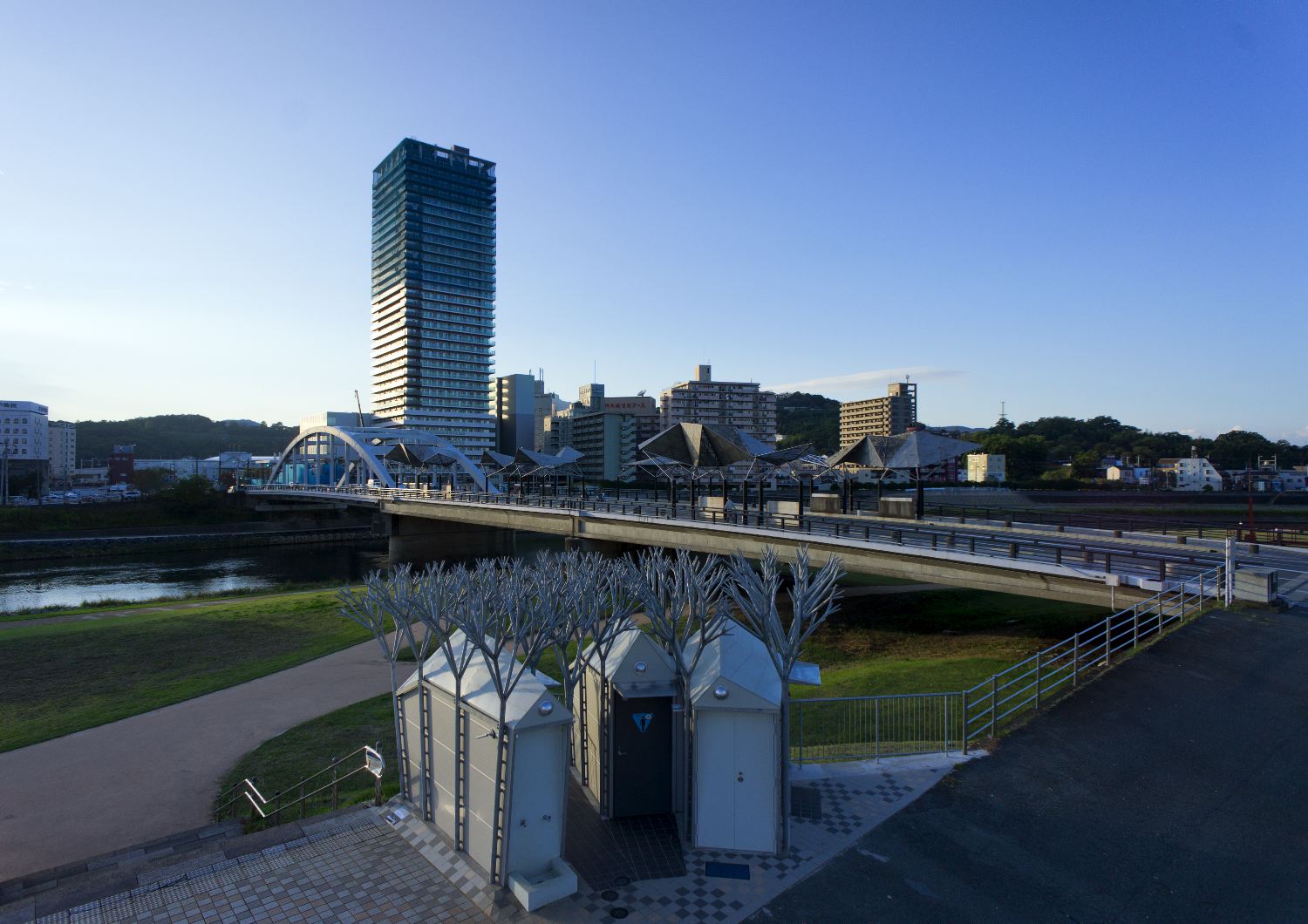